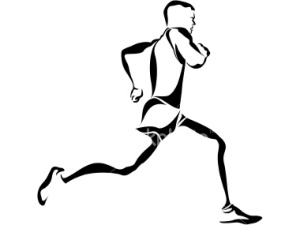 I don’t always love it. Sometimes it’s cold, raining, windy and easily the last thing on earth I want to be doing. Yesterday was no different. I procrastinated in the car for an extra song working up the nerve to get out there and get it done. The first half mile was cold and the wind seemed to go right through me. I finally warmed up somewhere around mile 2, and by 3.5 I was committed. At mile five I thought, it’s only five miles back, that’s nothin.

It’s been hard for me to get motivated over the last couple weeks. Cold weather, rain and some pain has made running not a thing I’ve been super interested in. I’m not proud of it but it’s the truth. The thing that makes me suck it up, step outside and run the miles is that for the last eight weeks, every long run has been the longest run since my accident. That accomplishment reminds me that even though it sucks sometimes, I’m not dead, and I’m not quitting.

Monthly Totals for 2016 not including cross training:

I hit double digits yesterday with the ten miler coming in just a little under target time. Four weeks to go. I just might be able to pull this off after all.