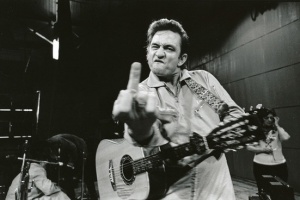 I said that today. And I meant it.

Im registered to run the Smuttynose Half Marathon in October and my training program started last week. Well, it was supposed to start last week. The last month or so I’ve been battling a series of frustrating injuries that have interrupted what has otherwise been a very successful year of running. I’ve spent the better part of the last 6 months running in the wrong shoes that have put me in the place no runner ever wants to be: pissed off and on the disables list.

Yeah, that just about sums it up. What I have right now are crippling shin splints in my left leg which I’m pretty sure are radiating pain into my ankle. It’s the worst. The worst Jerry, the worst. So last month, I took a few weeks off, got some new shoes, saw a podiatrist, tried some insoles and the result was… More injury. Clearly, I’m doing it wrong… I took another week off, and ran in an apocalyptic thunderstorm (which I highly recommend by the way) in a different pair of shoes… No change.

So, in a last ditch effort of frustration, I went to my local running store, bough a pair of Altra Instincts, which I ran in last year, and compression sleeves and planned to run today. My leg felt, ok.. Not great, but should have been fine. Should have been…

The short version is that it was 90 degrees, I was slow, and even with my trusty Altras, the pain was ridiculous. I turned my 5 miler into a 5k, and ended up having to walk a fair portion of it due to the pain. I can’t begin to describe how frustrating it is to have to admit defeat in the middle of a run, nevermind the beginning of a training program, and worse yet, admit that I’m injured… Again.

With a mere 15 weeks to the half, it’s gonna be hard to get up to speed in time to make the race. But I’m going to give it everything I have. Just as soon as I get healed up. Whenever that is.